Symptoms of heart disease in dogs, just like with people, are many and varied. This article will discuss that, as well as heart valve problems in particular because it is one of the more common causes of heart disease.

Symptoms of Heart Disease in Dogs 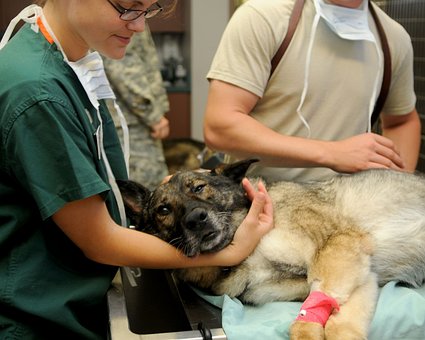 To many people, “heart disease” is synonymous with “heart attack”, and the main symptom is chest pain. But dogs don’t have heart attacks and if they do experience chest pain, the have no good way of telling us about it. Owners are sometimes surprised when a vet diagnoses heart disease in their dog, because they either didn’t notice any signs or attributed them to another cause, such as old age or being overweight. here are some symptoms of heart disease that dog owners might see at home.

Puppies with a birth defect of the heart or circulation may be smaller or thinner than average because they are unable to absorb and circulate oxygen and nutrients well enough for optimal growth. 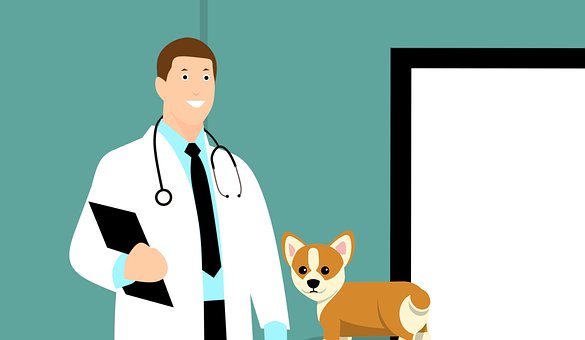 Lack of Energy or Slowing Down

A young dog with a heart defect may be unusually lethargic and quiet, and an older dog with heart disease may have less energy for walks or play then he used to and spend more time resting.

This is when a dog pants more with less exertion, needs to sit and rest during walk, or stops playing or running much sooner than he used to.

Rapid Breathing or Panting at Rest 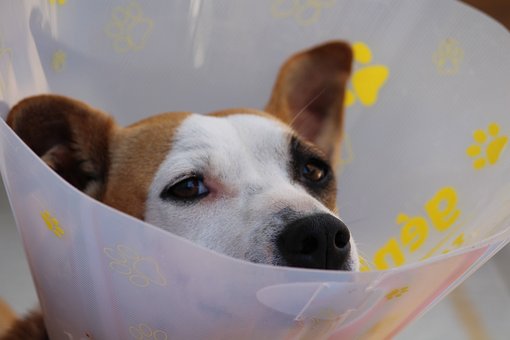 A failing heart moves less blood with each beat, so in an effort to maintain adequate blood flow, the body signals the heart to beat faster, even at rest.

Cough When Lying Down or After Awakening in the Morning

Dogs with heart disease may cough because they have fluid in their lungs or because their hearts are enlarged and push on the trachea or bronchi, especially when they’re lying down. 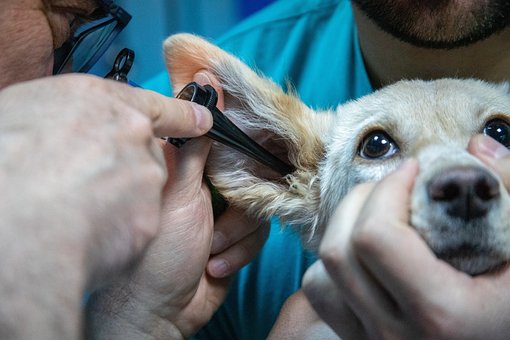 When the right side of the heart isn’t pumping well, blood backs up in the veins of the abdomen, and fluid can leak out, causing a swollen belly.

An arrhythmia can stop the heart from pushing blood to the brain and cause a dog to collapse or pass out. If the arrhythmia lasts for a few seconds or less, the dog will regain consciousness, but if it lasts longer than that, the heart may stop altogether. 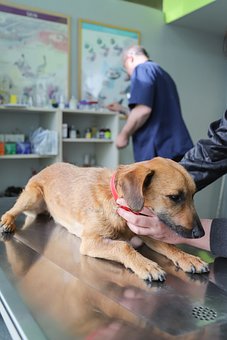 At present, valve replacement and surgical valve repair in dogs remain rare and expensive procedures, costing many thousands of dollars. Only a few veterinary hospitals around the country are equipped with heart-lung bypass machines and have done valve replacement or repair. Colorado State University’s College of Veterinary Medicine is one of the most experienced in open heart surgery in dogs. For most dogs and owners, treatment a a deformed heart valve will center on less invasive surgery or medication to improve and lengthen his life.

a. First, some background: heart valves are flaps attached by thin cords to muscles on the inner walls of the heart. Normal valves open widely to let blood pass through with each heartbeat, then snap shut tightly to prevent blood from leaking backward. Abnormal valves don’t open far enough to let blood through easily, don’t’ close tightly enough to prevent blood from leaking, or both.

d. If the flaps of a valve are fairly normally shaped but partially fused together, balloon angioplasty may be effective in the unsticking of the valve. In this procedure, a balloon like device is passed through a blood vessel to the valve, then inflated to pop the valve open. When the flaps are deformed rather than stuck, and if open heart surgery to repair the valve is not an option (as it isn’t for most dogs because of the scarcity of veterinary surgeons doing the procedure), then medication is used to treat heart failure if it occurs. Dogs with a deformed heart valve may have shorter than average life spans. Their quality of life depends on which valve is involved and how well or poorly it functions.

Diet and Exercise In Heart Disease 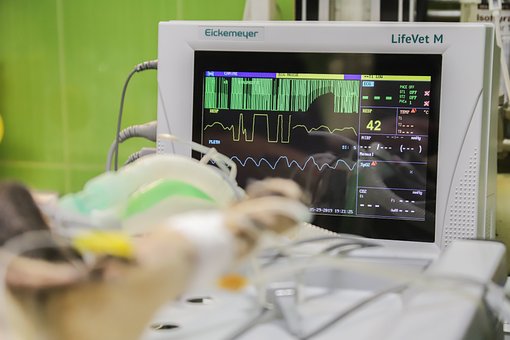 A change in diet and activity may be advisable for some dogs with heart disease. As your vet what she recommends for your dog. Here are some of the measures she might suggest.

a. Salt Restriction- Lowering the salt in the diet of a dog with heart disease is a “can’t hurt, might help” measure recommended by many veterinarians. The theory is that the extra salt makes the kidneys retain extra water, which increases the volume of blood a failing heart has to push through the body. Prescription foods for dogs with heart disease include Hill’s Science Diet h/d, Purina Veterinary Diets CV, and Royal Canin Early Cardiac EC. Another way to reduce the salt in a dog’s diet is to cut out high-sodium table food and dog treats. Table foods high in salt include soup, gravy, and canned vegetables, hot dogs, cold cuts, and sausage, most cheeses, frozen dinners; and potato chips, flavored like bacon, sausage, or beef jerky, also are high in salt. Look for dog treats that are labeled “low sodium” or “low salt”.

b. Weight Loss- If a dog with heart disease is overweight, losing weight will lighten the load on his heart and help him feel better. But make sure that his big bell is fat, not fluid: dogs with congestive heart failure will sometimes leak fluid into their abdomen, making them look potbellied . Such dogs need a diuretic, not a diet.

c. Exercise- Exertion makes the heart work harder, and dogs with heart disease should not run, play fetch, or engage in other strenuous activity. This especially true of dogs who have or likely to develop arrhythmias, such as those with dilated cardiomyopathy or aortic stenosis. However, most dogs with heart disease do benefit, both physically and psychologically, from daily walks, except very hot weather.

What We Have Learned

We have learned about the various symptoms that indicate heart disease; faulty valves and how to treat them. Diet, exercise, surgery and medicines are all ways to treat the different forms of heart disease.

I hope you have enjoyed this article…feel free to leave comments below.