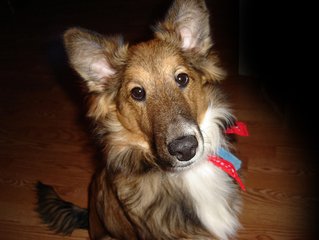 It was a cold, dark night and Stormy was staring out the window at the blackness that surrounded his house. Stormy was a 20 pound Shetland Sheepdog that was born three weeks ago this very month in January.  The weather was the same as it was three years ago, not that he remembered that, being that he was just a pup, eyes still closed and looking for milk from his mother’s teat.

The house shook as a rare bolt of thunder burst from the winter’s blackness.  Stormy turned around and walked the 10 steps back to his dog bed.  He felt uneasy, maybe because he detected a faint unfamiliar smokey odor from down stairs.  His human companion was asleep in bed just two doors down the hall.  The stairway was only a few steps from his dog bed, so he padded over to the top of the stairway and sniffed the air again.  The smell of smoke grew stronger.

He crept down the 10 stairs it took to get to the bottom of the stairs.  The smell was even stronger here.  He could see a flashing light outside the door, and he spotted a dark shadow slipping away into the night.  It was getting hot down here, and stormy could see flames now at the wind a few feet away.

He ran back upstairs, unsure of what to do.  After a few moments of confused indecision, he ran to the bedroom of the man that had taken care of him for the past three years. He jumped up on the bed, but the man was still sleep.  So he crawled onto his chest and started licking his face.  “What, what, Stormy”, the man said sleepily.  Stormy jumped off the bed, ran to the door and then back up on the bed. 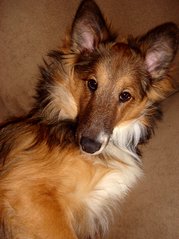 Stormy followed him to the door.  By that point it was obvious to the main the front side of his house was totally engulfed in flame.  “Oh my God”, he said, the sleepiness out of his voice.  The man went back down the hallway and grabbed the fire extinguisher, but it was clear by the time he got half way down the stairs, it was clear the fire extinguisher was woefully inadequate for the task.

He put down the extinguisher and raced to the back door, but that too was in flames.  He went back upstairs, Stormy on his heels and went to the second story window in his bedroom.  He could not jump his way down through the flames, but Stormy could, and he leaped out the window and hit the ground, he rolled on his side and shook of the shock of the plunge, but no bones were broken.

Back at the house the man, Tom, grabbed his cell phone.  Unfortunately, when he went to turn it on, nothing happened, the phone battery was dead.  It would be up to Stormy to get help.

Stormy raced down the road, doing the only thing he knew to do.  There was a house a few doors down that had a neighbor who was a friend of Tom’s.  He started scratching at the door and barking.  He did that for about a minute, but just as Stormy was about to give up, a bearded man opened the door and looked sleepily at Stormy, and said, “what is it buddy” and “what’s that smell?”

Stormy barked again, ran away, and the back toward the man, then turned and pointed with his nose down the street.  “Oh my God” he said, as he saw his friend’s house was in flames, and raced the way inside for his cell phone.  He dialed 911 and told them exactly what he could see, and then ran over to in front of the house.  There was a window that had broken from the heat and Stormy jumped through a small hole in the flames just big enough for him.

Stormy ran up the stairs, past the flames that had just reached the bottom of the stairs.  Tom was in utter confusion, and he was coughing from the smoke.  Stormy ran around, looking for a way out that could accomodate Tom.  There was nothing anywhere, and the smoke was starting to make it hard to breathe.  He was quickly running out of time.  Then a picture came into Stormy’s mind from his puppy days.  He ran to the cellar door that the man had forgotten about, due to his confusion. 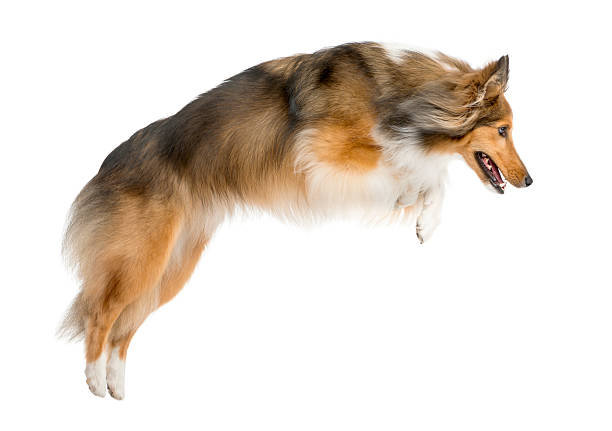 He ran down the stairs and pushed hard on the underground door.  The smell was less intense down here, but the door, although unlocked, was too heavy for Stormy to get through.  The flames were quickly racing towards the door at the top of the stairs, so Stormy raced back up them and back all the way to the 2nd floor.  The flames were growing, and the smoke was growing thicker.

Tom was on his hands and knees, gasping for breathe.  Stormy was a little better off, as he was closer to the ground, but that would not last for long.  The flames had reached the banister, and had almost closed off the passageway down stairs.  Stormy nudged Tom, no response. So he barked three times and started pulling on Tom’s leg in the direction of the stairs.  When that didn’t work, he ran part way down the stairs, then back up, barking.

It finally dawned on Tom what Stormy was trying to tell him, so he walked quickly, went down the stairs bent over, Stormy on his heels, and made his way through the flames virtually surrounding him to the cellar door.  The fire had just reached there, so Tom ducked and raced through it, making sure his hero dog was following him.  Tom got to door and pushed hard, but he couldn’t quite push it open, they hadn’t been opened for almost three years and were swollen shut.

Stormy put his fully 20 lbs into the door and pushed.  With that little bit of extra help, the door opened slowly, with a groan.  The fire had grown close to that door as well, but it was still clear.  About a half a minute later, the got the door open, and staggered outside into the night, with the heat of the flames behind them, and the cold frosting them from the front.

The ran out towards the edge of the lawn, where their neighbor, Phil, was waiting. “Thank God you’re ok”! Phil shouted out.  They gave each other a brief hug, and then Tom said Stormy saved my life, he’s a pint sized hero!”

“That he is!” Phil exclaimed.

Just then the flashing lights of the fire truck came over the rise and sped toward him.  Phil said “I’m sorry man, you’re house looks like a complete loss.”

“True enough, old buddy”, Phil said, clapping Tom’s back.  The all grew silent, including Stormy, and waited for the fire truck to arrive.

I hope you have enjoyed this story, feel free to leave comments at the bottom, I will get back to you. 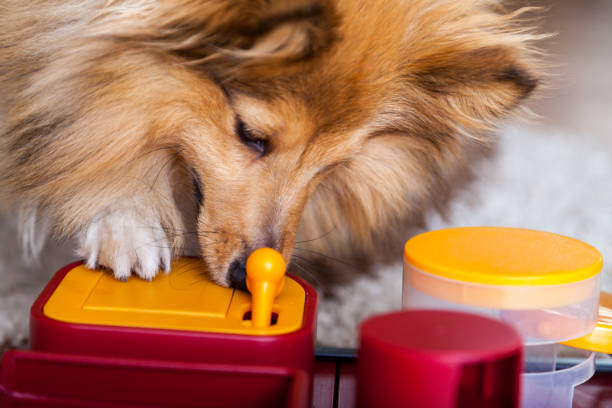