Today we are going to be discussing care for a newborn puppy.

In a normal, healthy litter, each newborn puppy finds its way to the source of milk shortly after birth. During the first one or two days of its life, a puppy absorbs from its mother’s first milk (colostrum), the protective antibodies necessary to see it through its first six to ten weeks.

Most puppies feed from their mother for the first few weeks of their life (make sure the whole litter is suckling properly) . After this you should decide on the best time to introduce solid foods and begin weaning. The female keeps the puppies clean and also cleans up their feces, although you should can the newspaper in the whelping box regularly. 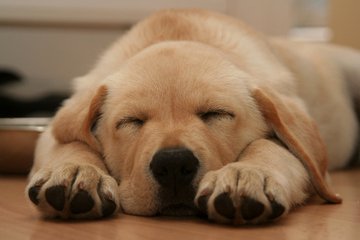 Puppies are both blind and deaf at birth. Their eyes open at around 10-14 days, although it is another seven before they can focus properly. Their hearing starts to function as the ear canals open when they are between 13 and 17 days old.

You may need to trim the puppies’ nails at 14-21 days. The “kneading” movements they make while feeding can scratch the female’s underside. Use baby nail scissors.

Temperature is something you need to watch carefully and in which you’ll need to play an active part. Puppies that develop within the uterus at 101.3 F and, despite a drop in the female’s body temperature just before whelping, their wet arrival into the world come as a shock. Wet puppies chill easily but may not show any signs for up to 48 hours, by which time an infection may occur which they are unable to resist. 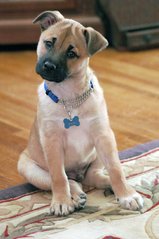 Newborn puppies can’t shiver properly and until they are seven to ten days old, are unable to make their hair stand on end in order to trap an insulating layer of air. So puppies’ heat regulation is very poor, and their body temperatures tend to rise and fall with that of their surroundings. After six or seven days, they develop some control over their heat regulation, but it isn’t particularly efficient until four weeks of age.

This is why you should provide supplementary heat for at least the first two weeks, even if the puppies are in the female’s box, and longer if they aren’t (orphan, rejected, or some hand reared puppies). 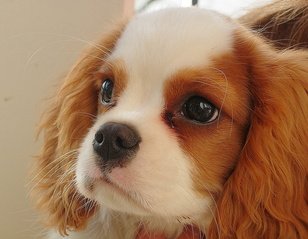 It’s important to take great care over how the supplementary heat is provided. As a puppy’s heat regulation is so inefficient, direct heat applied to one area of its body isn’t properly dissipated and can damage the skin.

For the room-Radiators or fan heaters. For the bed-Well wrapped hot water bottles. Infra-red or dull emitting bulb lamps. Warning- Don’t let puppies come into direct contact with heater pads, they may get burned.

Don’t place infra-red lamps too close to puppies, they can cause localized overheating or even burns. 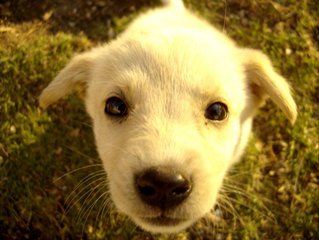 Healthy puppies feel dry, warm and full, with “normal” skin tension. When you pick them up, they respond by wriggling. Weak puppies often feel damp and limp. Their skin is non-elastic and “tents” when you pick up a fold. A happy, healthy litter makes a gentle murmuring sound, punctuated with squeaks and sharp cries when they are hungry or during feeding.

Weak puppies don’t settle-they crawl around, wasting energy and emitting thin, plaintive wails. Eventually, they’ll lie passively in a corner of the whelping box. Be on the lookout for puppies which aren’t getting any milk. It’s possible for a puppy to miss out on several feels until it’s too weak to feed at all. 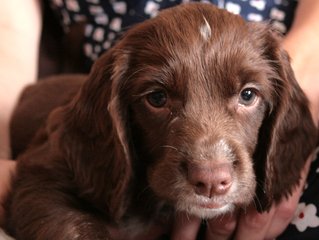 A puppy like this needs special attention and will probably have to be removed from the box and hand reared. If in doubt, consult your veterinarian.

Please feel free to leave a comment, I will respond!

You and Your Dog-David Taylor

4 thoughts on “Care For a Newborn Puppy”